Who is Mike Baron:

Mike Baron is the creator of Nexus (with artist Steve Rude) and Badger two of the longest lasting independent superhero comics. Nexus is about a cosmic avenger 500 years in the future. Badger, about a multiple personality one of whom is a costumed crime fighter. Baron has won two Eisners and an Inkpot award and written The Punisher, Flash, Deadman and Star Wars among many other titles.

Baron has published fifteen novels, Banshees, Domain, Helmet Head, Whack Job, Biker, Sons of Privilege, Not Fade Away, Sons of Bitches, Buffalo Hump, Bloodline, Florida Man Skorpio and Disco. Banshees is about a satanic rock band that returns from the dead. Helmet Head is about Nazi biker zombies. Whack Job is about spontaneous human combustion. Biker is hard-boiled crime about a reformed motorcycle hoodlum turned private investigator. Skorpio is about a ghost who only appears under a blazing sun. Florida Man is exactly what you think it is and more.

He lives in Colorado with his wife Ann and some dogs.

Where can you find Mike Baron: 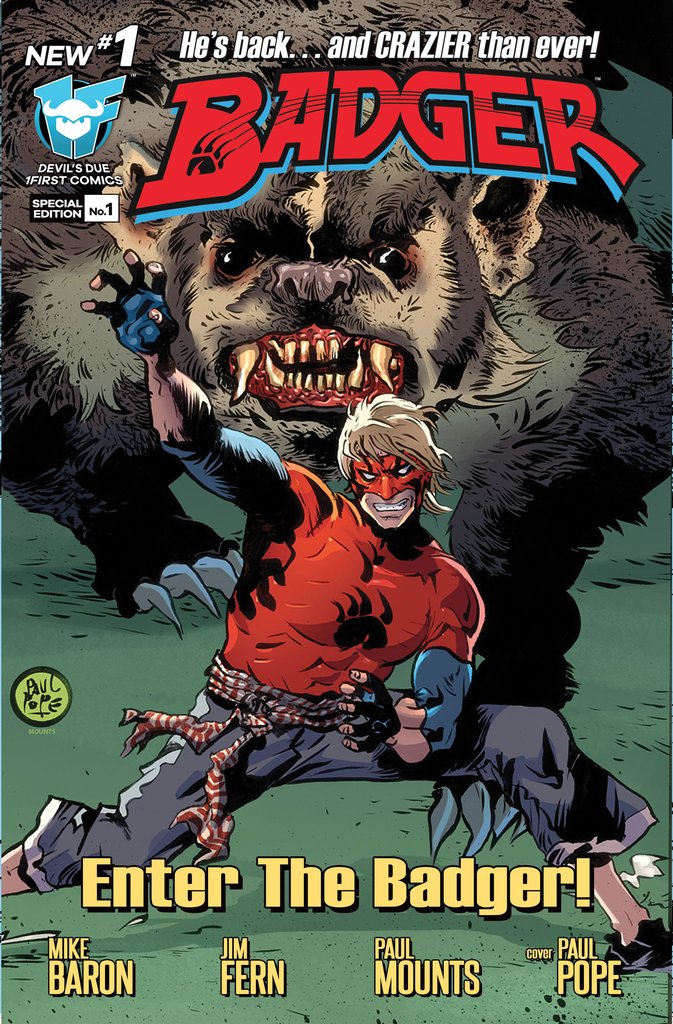